A rhythm game simply means a type of action game that utilizes music to challenge the player’s sense of rhythm. It’s not a new genre but it has been around since the late 1970’s when the game Simon was released. Its objective was to correctly repeat button sequences that get more complicated gradually.

Here are 12 of the best titles in the genre.

Guitar Hero
This game series allows the player to match the notes of the lead, bass and rhythm guitars as indicated on the screen using a guitar-shaped controller. 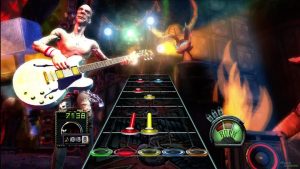 Dance Dance Revolution
The game popularized the rhythm game genres with its use of a dance platform where the player has to hit arrows with their feet to match the patterns on the screen.

Dance Central
Using the Kinect motion, the player has to perform the dance moves presented on the screen as accurately possible. Included in the five modes is the workout mode for those who want to exercise.

PaRappa The Rapper
The player has to helps the dog PaRappa impress Sunny Funny by completing the stages through rapping. You have to press the right buttons at the right time to match the lyrics of the rap.

Elite Beat Agents
The player times each of the three actions by following the rhythm of the music. The agents on the background will be cheering you on by dancing. 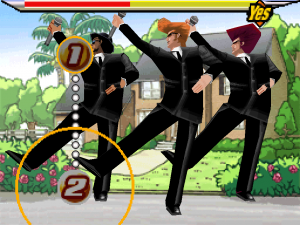 DJ Hero
Part of the Hero series, the game lets the player use a virtual turntable to create a new song by using one or more recorded songs. There is even a turntable controller made for this game.

Rock Band
You can invite three other friends to imitate band performances of rock music songs by playing the lead guitar, drums and bass guitar. 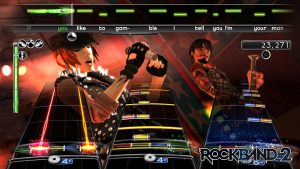 Rhythm Heaven/Paradise
In this Nintendo DS exclusive, the player has to keep up with the rhythm by tapping, holding down the button, dragging and flicking the touchscreen.

Audiosurf
In this combination of a puzzle and rhythm game, the player controls a ship on a highway to collect colored blocks and form a group of three or more of the blocks with the same color.

Vib-Ribbon
The player guides Vibri in a series of environment obstacles which correspond to the beats of each song. You can use additional music from CDs too.

Sambe de Amigo
Using a maracas-shaped controller, the player has to match the patterns on the screen by shaking it on the correct position. Most of the music used are samba hits. 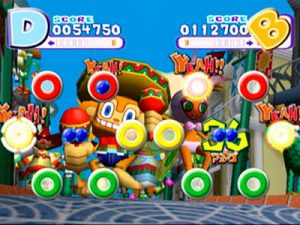 Hatsune Miku: Project DIVA
The series is known for its mascot, Hatsune Miku. In the games, the player utilizes the Vocaloids or singing synthesizer. The objective is to press buttons correctly to unlock more songs. You can even create a video in edit mode.