Thinking of watching movies together with your children this weekend? Here are 12 live-action movies that the family can enjoy.

Harry Potter and the Sorcerer’s Stone (2001)

Young Harry discovers that he’s a wizard and is admitted to Hogwarts School of Witchcraft and Wizardry. He later learns that he is famous in the wizarding world for surviving an attack as a baby from a dark wizard.

Alan Parrish found himself trapped inside a board game when he was young. When Peter and Judy started playing the game, they released the adult Alan so they decided to recruited Alan’s friend Sarah so all four can solve the game together.

It was Charlie Bucket’s dream to receive one of the 5 Golden Tickets so he can look inside Willy Wonka’s chocolate factory. The 1971 musical film was later remade into Charlie and the Chocolate Factory in 2005.

Based on the novel by Katherine Paterson, it tells of two kids who create a world of their own called Terabithia where they escape the harsh realities of the world. 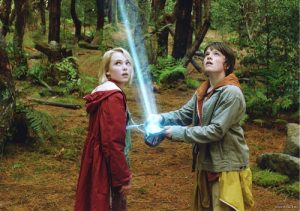 Scotty Smalls wants to play baseball with the kids, but he was shunned until the leader of the local team taught him how to play.

Based on the novel by Frances Hodgson Burnett, it’s a story of Mary Lennox’s discovery of her aunt’s garden which was locked for a decade since the woman’s death.

The orca Willy is among a number of killer whales taken by whalers every year. When a boy named Jesse was assigned to work at the theme park, the orca saved the boy from drowning and that was the start of a lifelong friendship.

Inspired by the book of the same title by Michael Ende, The NeverEnding Story features Bastian Balthazar Bux who reads about a warrior named Atreyu, the person asked to find a cure for the sick Childlike Empress.

Sara Crewe was a daughter of a wealthy captain who moved to New York to attend an exclusive girls’ boarding school. When the headmistress found that Sara’s father died, the girl was forced to work as a servant because she has no money.

The Smythes resented that the child Shirley Blake still lives with them after she was orphaned. Her godfather, however, wants to have her in his custody and fought the Smythes’s Uncle Ned for the right to raise her.

An alien was left by his companions as they tried to flee from government agents. The boy Elliott finds the alien hiding in their tool shed and tries to make friends with it. 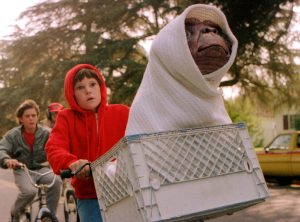 This short film talks about a young boy named Pascal who forms an unusual friendship with a red balloon while on his way to school. He thinks that the balloon has a mind of its own, but other people just laugh at him.